Starboard was founded in 1994 by Svein Rasmussen, a well known racer that entered his first windsurf board in 1978. Svein won the Windsurfer Europeans in 1980,  Mistral Worlds in 1983, was a Gold medal candidate for the 84 Olympics and spent 10 years on the PWA pro-circuit. He also was the first sailor to win all disciplines in the IFCA Production Board Class Worlds, which he won in 1991.

In 1994, Svein started Starboard by developing the unique Wood Sandwich Technology in co-operation with Jean Louis Colmas from New Caledonia.

The boards were significantly lighter and stronger than the completion and set the new standard in high technology.

One of their early concepts was the breakthrough GO boards. The wider and shorter, more user friendly Windsurf  boards, instantly recognized Starboard as the innovative trendsetter.

And the concept was used to revolutionise all niches of windsurfing from entry level to waves. Slalom and freestyle.

In 2006, Starboard Svein wanted to develop a new type of lightwind windsurfing boards,  the whole project turned into paddle boarding and saw Starboard become the first brand to mass produce paddle boards on an international scale.

Then things happened really quick with Starboard developing an exciting range of boards from the shortest wave boards, to the longest race boards, tandem boards.

Board like the 10’ x 34” Whopper made sup surfing available for everyone. Starboard further revolutionised the SUP industry with super light carbon sandwich boards.

Starboard  has won hundred of world champion titles over the years with its strong international team and the brand says as dedicated to the top professional level as to the basic entry level. 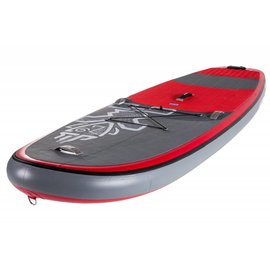